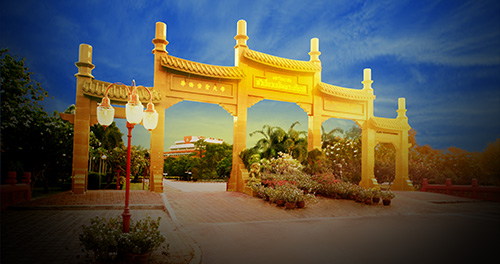 Sublime Gate His Majesty King Bhumibhol Adulyadej The Great perambulated the Sublime Gate on the auspicious occasion of the Opening Ceremony of the University. The five channels of the Gate refer to five noble wishes for wealth stability, longevity, gladness, and festivity. 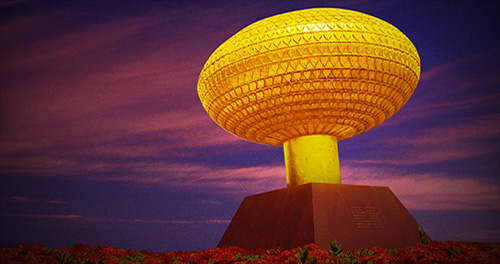 Royal Bodhi Sculpture It is a Dhamma sculpture of the Dharma of the Lord Buddha symbolized by the bodhi tree. It was designed by Professor Emeritus Chalud Nimsuen, who was the National Artist for Visual Arts (Sculpture) of 1998. It was built in commemoration of the copious benevolence of the Royal Thai Monarchy that continually protects and provides a better place to live for the locals and for the Chinese migrants, who took refuge under the grace of the Royal Palace since time immemorial. 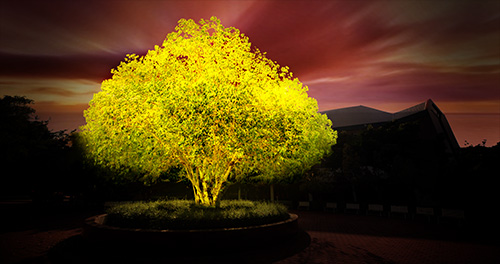 Bodhi Tree It is the symbol of the dawn of enlightenment that emanates from the enlightenment of the Lord Buddha under the bodhi tree, bringing brightness, purity and peace to the world. His Majesty the King Bhumibol Adulyadej The Great planted the bodhi tree on the 24th of March in 1994 and graciously designated it the symbolic tree of Huachiew Chalermprakiet University. 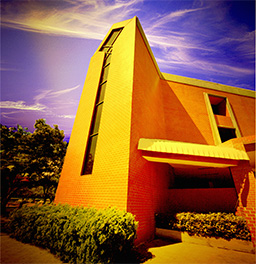 Red bricks  The red bricks are sturdy and ornamentally aesthetic. They are integral components of the classroom and main hall edifices as well as other structural properties of Huachiew Chalermprakiet University. Inspired by the molding of red bricks, which combines the primordial elements of earth, water fire and wind, the university molds the youth into knowledgeable, responsible global citizens who are ready to serve the society. 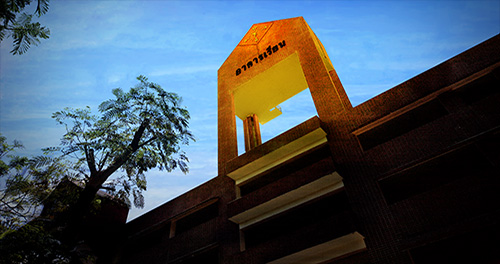 The clock tower at the classroom building with its unprecedented precision for more than 20 years It is a symbol that reminds the value of each second of time that has passed and the importance of punctuality. 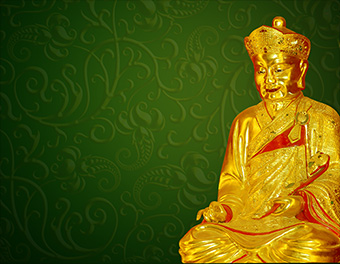 Luang Pu Tai Hong Sculpture  The Luang Pu Tai Hong sculpture is enshrined in a Chinese style pavilion beside the administration building. The sculpture is the spiritual center for the people of Huachiew Chalermprakiet University. Pursuing good deeds with compassion enkindles the determination to "learn to serve society". Luang Pu Tai Hong is the model of altruistic ideology and a leader who sacrifices for the greater benefit of the public by doing charitable acts inspired by compassion for more than 900 years. 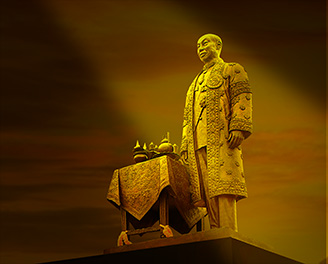 Dr. Udane Techapaibul’s Commemorative Sculpture As the former chairman of the Poh Teck Tung Foundation, he invited Thai people of Chinese descent to establish Huachiew Chalermprakiet University. The administration, faculty, staff, students and alumni of the university are sincerely grateful and forever reminisce his benevolence. 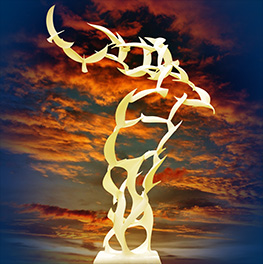 Hanfah Bird Sculpture The bird sculpture conveys a good and disciplined leader who advocates unity and harmony among members of organization. The pair of blue geese are the symbol of the Techapaibul clan, reflecting the philosophical perspective of Dr. Udane Techapaibul, which is valuable in inspiring future generations. His life was a précis of success at work and an epitome of status, fame, honor and virtue. 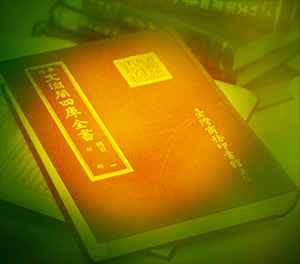 The Siku Quanshu [Emperor's Four Treasuries] – In Thailand, it is only available at the HCU Library Huachiew Chalermprakiet University Library has the world’s longest series of books of unfathomable prodigy of all generations with more than 2500 titles written more than 200 years ago. It comprises of the four traditional divisions of Chinese learning: Jing or the Confucian classics is the scripture of the Confucian School and ancient traditions; Shi or Historiography is the book of history, politics, governance, and geography; Zi or Masters is the book of hundreds of Chinese philosophers of various schools and the military, lawyers and agriculturalists other specialized treatises; and Ji or Belles-lettres contains literary works ranging from anthologies, personal letters to poetry or writing meant for the masses. 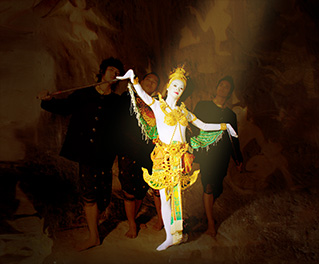 Mannequins Mannequins convey the beauty of the puppeteer’s posture. It is a contemporary art with outstanding identity, which is an eminent masterpiece in Thailand. Preserving the unique Thai identity for a long time, Huachiew Chalermprakiet University has built a reputation for Thai arts through performances around the world.